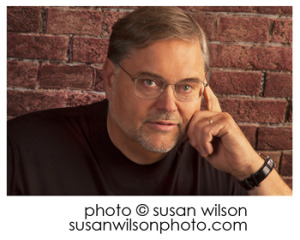 David Hodgkins has served as Artistic Director of the New England Classical Singers since his appointment in 1999. During his more than 20 years as an integral part of the greater Boston music scene, he has delighted audiences with “creative programs, sung with enthusiasm and tonal beauty” (Ed Tapper, Bay Windows). Mr. Hodgkins is also the Artistic Director of Coro Allegro in Boston, which Boston Globe critic Michael Manning deemed “one of Boston’s most accomplished choruses”. Among his many appointments, Mr. Hodgkins serves as Director of Music at The Commonwealth School in Boston, teaches advanced conducting at the New England Conservatory of Music through the Kodaly Music Institute, and is the conductor in residence of the Kodaly Music Institutes at NEC and Wichita State University in Kansas. He has also served on the faculties of UMass/Amherst, Temple University, and Clark University.

Mr. Hodgkins has conducted groups at the ACDA and GALA Music Festivals, performed as guest conductor with such Boston area groups as Chorus Pro Musica, Masterworks Chorale and Emmanuel Music, and made numerous festival appearances as guest conductor and conducting clinician. His ensembles have collaborated with the Boston Celebrity Series, Boston Cecilia, Handel and Haydn Society, Pro Arte Chamber Orchestra, The New England String Ensemble, and the Boston Landmarks Orchestra.

Mr. Hodgkins has been featured in Choral Director Magazine, been the producer for three award-winning CD’s by La Donna Musicale, Laury Gutiérrez, Artistic Director, and produced a CD of 20th century works for Terry Everson, trumpet, and Shiela Kibbe, piano, which was released on Albany Records in 2009. He currently serves on the Advisory Boards of The Boston City Singers, Jane Money, Artistic Director, and the UMASS/Amherst Music Department.

With Coro Allegro, Mr. Hodgkins has created the annual Pinkham Award in honor and memory of composer Daniel Pinkham, and has released two critically acclaimed compact discs entitled In the Clearing and somewhere i have never traveled.

David Hodgkins received his Bachelor of Music degree in voice, piano and harpsichord from the University of Massachusetts at Amherst, a Master of Music in choral conducting from Temple University in Philadelphia, and Fellowships in choral and orchestral conducting at both the Aspen and Sandpoint Music Festivals. His mentors include Wayne Abercrombie, Fiora Contino, Alan Harler, James Roth, Gunther Schuller and Paul Vermel.