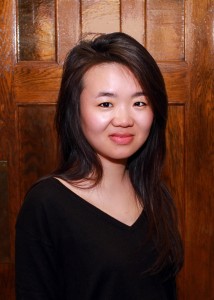 A third prize winner at the Youth International Piano Competition in Turkmenistan, and first prize winner at the Uzbekistan National Piano Competition, Ms. Yun was awarded a full scholarship at Northern Kentucky University in January 2005, where she studied with Professor Sergei Polusmiak and was granted degrees in Piano Performance and French. She holds a Master of Music Degree in Piano Performance and Graduate Performance Diploma from the Longy Conservatory of Bard College, where she studied  with Mrs. Eda Mazo-Shlyam and Mrs. Ludmilla Lifson. She has been a piano accompanist for Boston ballet school and company since 2012. In August of 2015, she was granted an Artist visa to continue her career as a professional musician in the United States.